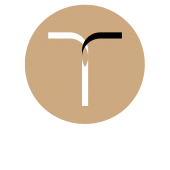 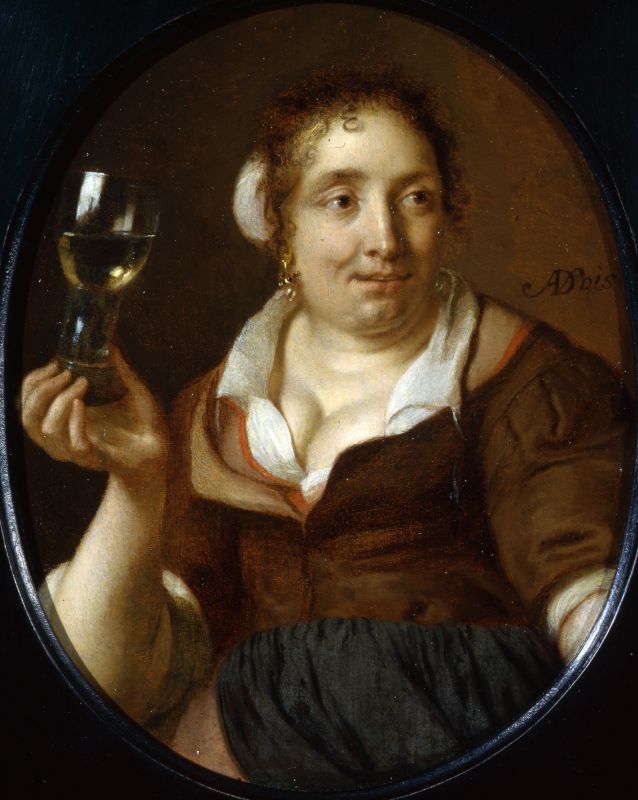 A Woman Holding a Roemer with Wine

A woman holds up a roemer half-filled with white wine and addresses her smiling gaze to someone outside the painting. She is dressed in a white cap and wears a brown jacket over a beige bodice, a blue apron around her waist. Her low-cut neckline reveals quite some bosom.

Although an inventorying catalogue of his work does not yet exist, it is certain that Ary de Vois’ preserved output is small.1 The paintings that make up his oeuvre themselves are also small for that matter. As one of the more accomplished exponents of the so-called School of Leiden “fijnschilders” De Vois painted his cabinet pieces in a meticulous and refined technique. His handling displays a velvety touch and a lively and bright palette.

De Vois concentrated on the human figure, painting Christian and mythological subjects, allegories, genre scenes, portraits and scenes that stand midway between genre and portrait, such as the present character head. These portrait-like bust pieces are usually classified as “tronies” (the Dutch word for faces).2 Much earlier in the seventeenth century, Rembrandt had produced a steady stream of tronies – paintings and drawings as well as etchings, resulting in a veritable vogue for such images.

A number of other tronies by De Vois depict merry topers. A well-known example is in the Amsterdam Rijksmuseum. The present scene also brings us to a tavern. The apron indicates this woman is the landlady. De Vois grew up in the Leiden tavern run by his father, and no doubt his childhood memories came in handy as a source of inspiration when he painted these witty scenes.