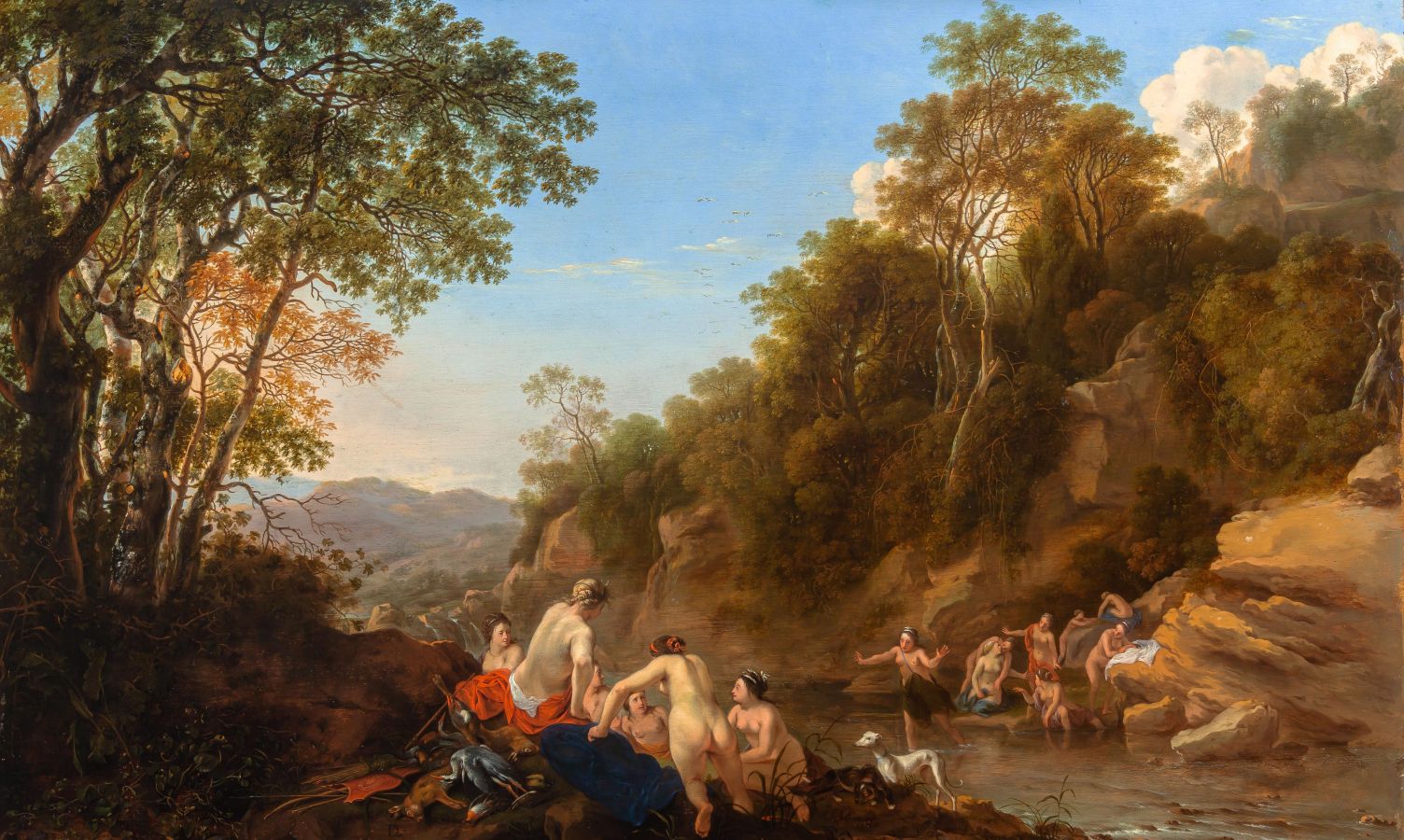 Diana Discovering the Pregnancy of Callisto

Diana, the goddess of the Hunt, is seated with her back to the viewer on her white chemise and a red drapery. She is surrounded by her retinue of nymphs. The harvest of hours of hunting is lying near her,along with hunting gear. More nymphs bathe on the other side of the brook. It is a sunny day and the sky is azure blue.

Van der Lisse often depicted the story told among others by Ovid in his Metamorphoses of the hunter Acteaon who accidentally discovered the naked Diana and her female companions as they were bathing on Mount Cithaeron. To punish him she transformed him into a stag and next he was pursued and killed by his fifty hounds. There is no Actaeon to be discerned in our painting but it does seem the artist is implicitly referring to this widely known and often-depicted tale by putting the viewer in the role of voyeur and making him an Actaeon.

On closer inspection it emerges that Van der Lisse is staging another story here. One of the nymphs on the opposite bank gets special attention from the others and she tries in vain to cover her belly with a piece of cloth. One nymph rushes across the stream towards Diana, as if she has an urgent message. The story as related, again, by Ovid of the nymph Callisto who was seduced by Jupiter in the guise of Diana, became pregnant and was expelled by the enraged Diana, since she only allowed virgins as her companions.

The moral lesson conveyed by the depiction of the stories of Actaeon and Callisto were the same, as Eric Jan Sluijter points out: ‘They were examples of youths who succumbed to the temptations of the senses and consequently were ruined’. Both Actaeon and Callisto fell in disgrace. The former because he allowed his eyes to see Diana naked, the latter because she foolishly allowed her Jupiter to deceive her.