The Dutch city of Dordrecht was known for rich artistic practices throughout the seventeenth century. Particularly in the 1650s and 1660s, the city flourished with portrait painters like Aelbert Cuyp, Samuel van Hoogstraten, and Nicolaes Maes. Among these painters,a unique Dordrecht portraitist is often neglected but nevertheless must have played a significant role: Jacobus Leveck (1634-1675). When he was around 18 years old –he was offered the opportunity to study in Amsterdam under the renowned Rembrandt van Rijn. In 1654, Leveck returned to Dordrecht and began his practice as an independent artist, mainly focusing on the specific field of portraiture.

His portraits perfectly illustrate the desire to present commissioners as people of ambition –with allure and status.To successfully achieve this aim Leveck adopted the typical Amsterdam portraiture style. He placed the self-aware men before an aristocratic red curtain, wearing the latest fashion of deep black and spotless white fabrics, assertively resting an arm on a stone balustrade. The artist made them look powerful and rich – probably a bit more than was the case in reality.

The background of this particular striking portrait is unusual – even for Leveck – with an amalgam of exotic buildings and large palm trees on a riverside. They must be allusions to very specific activities of the sitter. The man also has an eye-catching mustache, which seems to have been fashionable for naval officers such as the famous Michiel de Ruyter. 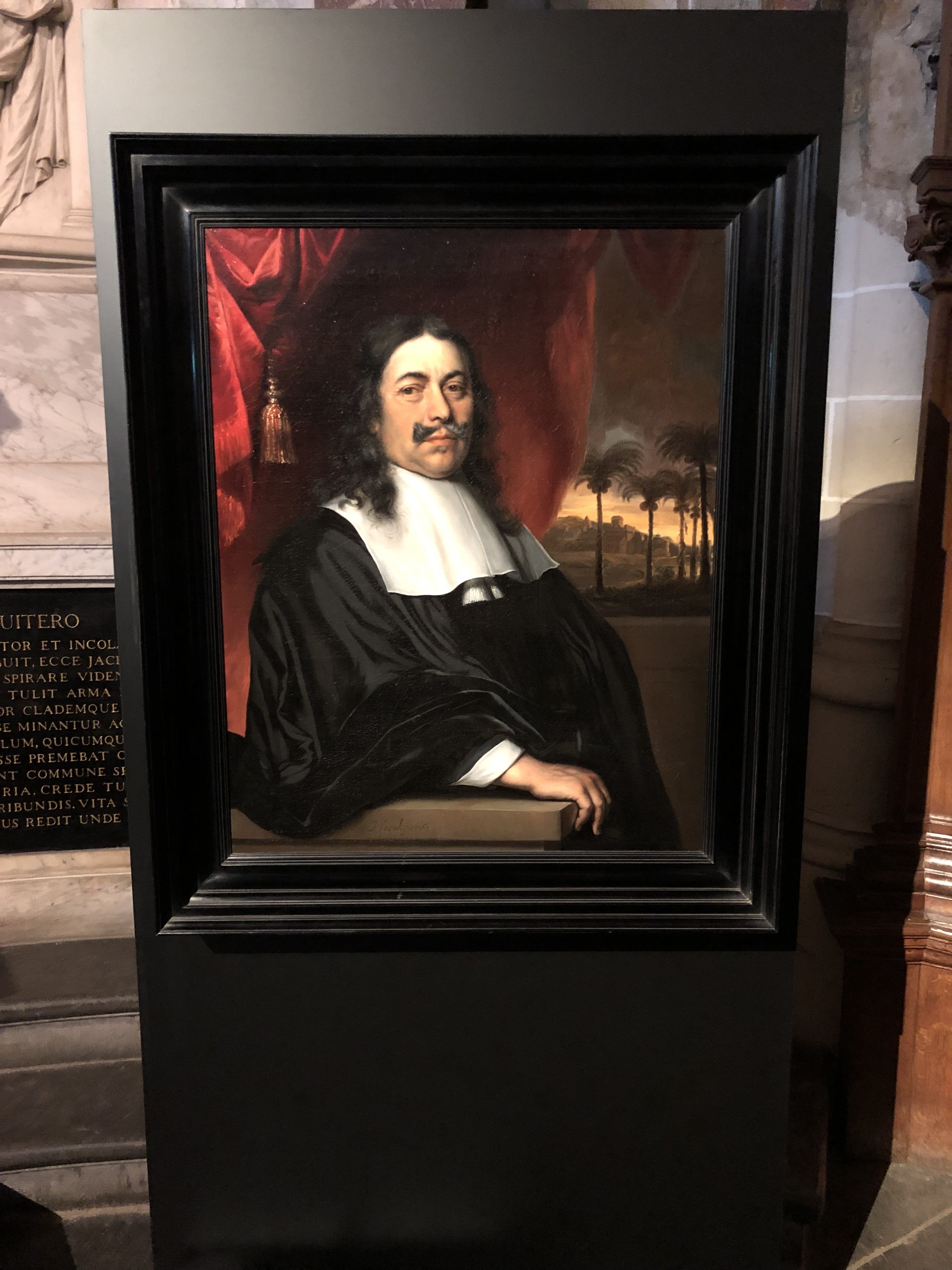 Painting with the frame
Read more